“I’ve never been just nothing. I am the blood of the dragon.” – Daenerys Targaryen

Daenerys Stormborn of the House Targaryen, First of Her Name, the Unburnt, Queen of the Andals and the First Men, Khaleesi of the Great Grass Sea, Breaker of Chains, and Mother of Dragons…

One the most prominent characters in Game of Thrones, she became the mother of three dragons after entering Drogo’s blazing funeral pyre, stepping from it naked and unburnt, cradling her hatched dragon-children.

Daenerys Stormborn was the inspiration behind this book, with women and mothers all around the world watching her grow in each episode of Game of Thrones, relating to what she went through, having to survive in the world as she knew it.

And of course, it’s not natural for a human to have dragon children, but it serves the purpose of this book as a metaphor for all mothers of past, present and future dragons, people recognised as being powerful, influential and who made a significant impact on this world that will last into the future.

In the context of this book, dragons are those people who took great strides in overcoming obstacles to become great, or grasped the opportunities of the time they lived in to make a difference in this world and boost humanity.

Just like Daenerys, nobody else better than each specific mother with her own character and unique qualities, would be able to bring forth the exact elements needed to birth and raise that specific dragon-child, exactly the way they were supposed to.

Just like Daenerys brought together the elements perfect for those dragons to hatch… “It takes a life to give a life, and with blood, fire and a pure Targaryen descendant, all the elements come together for a dragon to hatch.”

So did each mother featured here, bring the right conditions, directly or indirectly, for their children to reach great heights.

Even though Daenerys was the inspiration, the various dragons outlined in this book, form the foundation for the exact real world we live in today. If it were not for their great work and contributions, the world would have looked much different.

After researching content for this book, I realised how important it is for any mother to evaluate her own past thoroughly, her heritage and certain elements of her own upbringing, and then carefully decide what elements she would take forward when raising her children to fit the future world in which they would live and have to survive or thrive.

Although the dragons outlined here, set the bar or benchmarks for what is possible as probably the highest of achievements possible on this planet today, it’s merely outlined to give inspiration and share their stories so mothers can see: it really does not take rocket science to hatch a dragon, all it takes is a few tweaks and planned strategies. There’s a potential dragon, a future fire-breather in everyone, every child. You just need to get the magic right…

Hopefully this book will inspire and equip mothers to inspire their children, to go out and achieve, to become great.

Through the stories highlighted, mothers can decide what type of mother they want to be, taking insights or lessons from those of the past and building upon that.

If these dragons can do it, you can too. And after you’ve read what hand their mothers had in it, you could be a driving force for your own children in much the same way, or even better.

In Below Video Is A Recap Of Daenerys Targaryen…

The Mother Of Dragons

From The TV Series – Game Of Thrones

The Inspiration For This Book

There’s A Dragon In All Of Us

Dragons are those people who took great strides in overcoming obstacles to become great, or grasped the opportunities of the time they lived in to make a difference in this world and boost humanity.

4 Things You Will Gain By Reading This Book

“After researching content for this book, I realised how important it is for any mother to evaluate her own past thoroughly, her heritage and certain elements of her own upbringing, and then carefully decide what elements she would take forward when raising her children to fit the future world in which they would live and have to survive or thrive.” – R.De’Lano

Through the stories highlighted, mothers can decide what type of mother they want to be, taking insights or lessons from those of the past and building upon that.

Through the stories in each chapter, mothers can decide at the end what type of mother they wish to be taking insights or lessons from those of the past and building upon that.

If these mothers could do it, you can too. If these dragons could do it, so can your kids. And after you’ve learned what it takes, you could be a driving force for your own children in much the same way, or even better.

Learn that no matter what parenting style you use, if you only do what’s described in the last chapters of the book in the Golden Threads That Bind, you will be able to hatch a dragon, and through that make an impact in the world.

R.De’Lano says if nothing else, the book will make mothers more confident and smarter, and stocked with great content to support mothers in parenthood, maybe the best $18 they would ever spend.

Over the past 30 years as investigative journalist, RDL gained much experience and competence in various subjects and is positioned as an authority on many subjects and industries, working with a strong code of morals, ethics and professional integrity, honesty and objectivity – and the reason why she works totally independent from any agency or publisher to bring you credible, clear, easily understood, accurate, reliable and trustworthy information.

Take A Peak Inside The Book…

Who Are The 26 Dragons And Their Mothers?

There are 26 dragons described in the book along with their achievements, life journey and why they did what they did, along with the influence their mothers had on the performance.

Below are six of them, not most important, but well-known from the forebear dragons to those who still live and thrive.

These and all the other dragons made a significant change in life as it was then in their milieu, in life right now – and whose work will still have an impact on the future.

Of course no dragon could act alone, most if not all, built upon the groundwork that was laid by others before them, and they were merely highlighted to illustrate the message. The message that anyone can learn from the past, be informed about the future, and what it would take to survive in it.

The hand that rocks the cradle, rules the world…

“One of the reasons why I wrote this book was to find what it would take to succeed, what successful people did to achieve, so others can follow the same, and most importantly how their mothers raised them, after all, the hand that rocks the cradle, rules the world as poet William Ross Wallace said.”

It’s important to learn from history, first not to repeat the mistakes of the past, and second, the quality of history gets diluted in modern times, but history still holds substance and authenticity to consider.”

In Part one, the Forebear Dragons sections:

Are the dragons who lived against the backdrop of the Classical Antiquity period and the Renaissance in Italy. The Enlightenment period, Victorian era in Europe, and the Gilded Age, the Progressive Era, and Late Modern period, in America and Europe.

Features dragons of the 20th century (contemporary periods) who are still alive, and the 21st century, (information age and experience ages) who are still evolving, and whose baseline knowledge will serve as a platform upon which future dragons, technologies or systems are being built.

Summary of all Mothers and their Influences, The Golden Thread That Binds  and The Dragon-Mother Archetype necessary to hatch dragons.

If mothers of these dragons could do it, so can any mother.

Just like Daenerys brought together the elements perfect for her dragons to hatch, with her fire, her passion, her bloodline, her desire, so should every parent bring together the elements of their own lives, background, environment and desires to help make real what their children deserve.

See what other readers say…

Morning! Hope you had a good weekend. I read through your book and wanted to let you know that I really enjoyed it! Wow it’s really great. You did amazing research and the storyline is very interesting. Keep going! 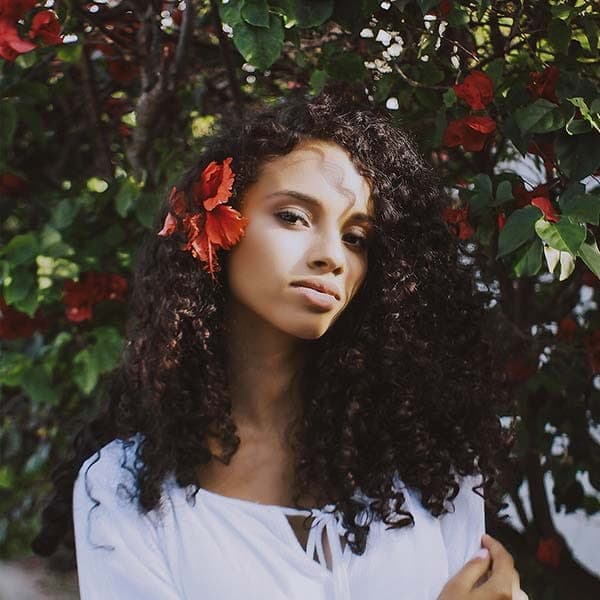 As a single father I enjoyed this book with all the background info on the big guys and how they got to be so successful with the help of their parents. Handy content, thanks. At fist I was not sure what Im reading as I expected a list of things to do and not to do as other books and blogs, but then I realized Im in company of the big guns, and big guns dont pee like puppies. 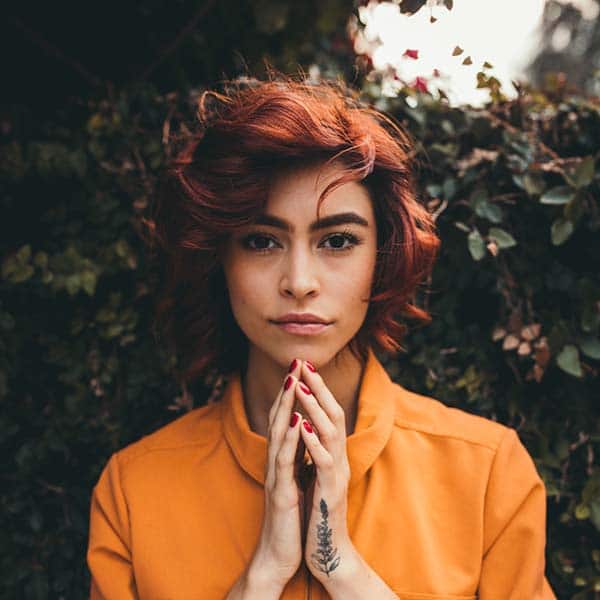 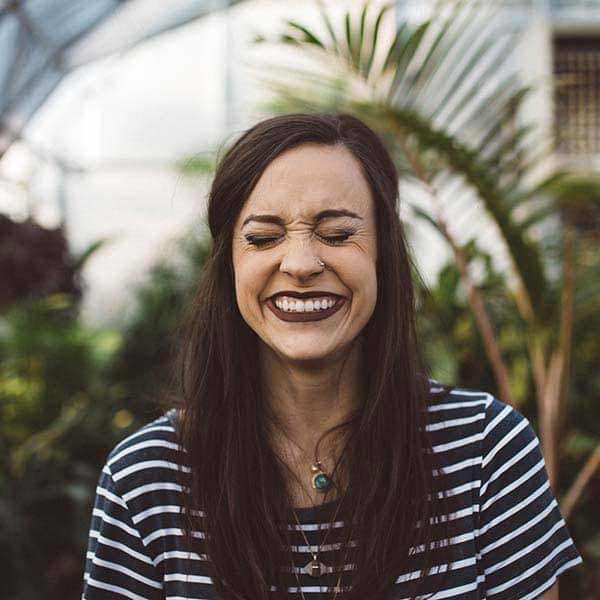 I can’t believe I did not know this. Actually we all do, but put in this context made far better sense.

Hopefully this book will inspire and equip all mothers to inspire their children, to go out and achieve, to become great.

A Must-Read Book
For Mothers Who Are Serious About Parenting

“I always believed… as a mother myself – it’s much better to want to control the best outcome for your child and learn everything possible to be equipped sufficiently enough to deliver the best environments and opportunities for the best outcomes possible, for myself and my son.” R.De’Lano

Mothers Of Dragons is currently available only in digital online format, in which you receive a link to a secure online book platform with a unique password with 24/7 lifelong easy access – US$ 18.

This book will make mothers more confident and smarter. It’s stocked with great content to support mothers in parenthood, maybe the best $18 they would ever spend.

But it does now, if you want your child to have the edge in life to be super successful, it’s called Mothers of Dragons… Here be dragons… From ancient Greek…

The new space businesses  A lot of people have been inspired by Elon Musk and SpaceX. People have said that after seeing the Falcon 9 rocket landings, they were inspired…

Life in 2050 The World In 2050 will be totally different In this video one will see how cities may look like: robots, flying cars, self-driving cars ,super tall skyscrapers,…

Why Mothers Of Dragons is not available on the usual platforms… Mothers of Dragons is only available online in Html format on its own dedicated website platform… R.De’Lano explains… “At…

Life in 2030 by Frank Chen https://youtu.be/CXEMZgvFXEU My day job is to think about the future, so I’ve been thinking a lot about what life will look like in the 2030s.…

Mothers should know what the future holds for their children The main reason why R.De’Lano wrote the book Mothers of Dragons was to show how important it is for mothers…